Guide for Aliyah from Arab countries, all the information you need to know and a 3 steps guide! 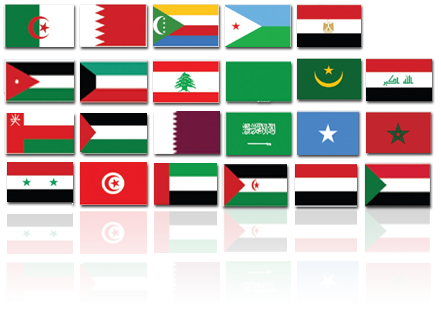 From 1948 until the early 1970s, around 900,000 Jews from Arab lands left, fled, or were expelled from various Arab nations. In the course of Operation Magic Carpet (1949–1950), nearly the entire community of Yemenite Jews (about 49,000) immigrated to Israel. Most of them had never seen an airplane before, but they believed in the Biblical prophecy that according to the Book of Isaiah (40:31), God promised to return the children of Israel to Zion on "wings". 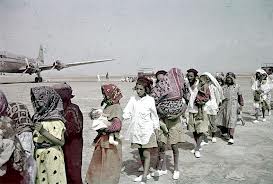 In three and a half years, the Jewish population of Israel had doubled, inflated by nearly 700,000 immigrants, which was one of the causes of the austerity. Huge numbers of Jewish refugees were temporarily settled in "cities of tents" called Ma'abarot. As the residents were gradually absorbed into Israeli society, the Ma'abarot were phased out.
Many Israeli immigrants were Sephardi and Mizrahi Jews who left Arab countries to move to Israel. In many of these cases they had been persecuted and sometimes forced to leave their homes. 114,000 Jews came from Iraq in 1951 in Operation Ezra and Nehemiah.

Jews in Arab countries in no hurry to make Aliyah 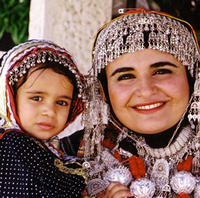 The small Jewish communities in Tunisia, Yemen and Egypt have shown little enthusiasm for offers to assist them in making Aliyah to Israel, despite repeated efforts to convince them of the peril of their situation or the improvement in their quality of life should they emigrate.
Jews in Yemen reportedly don't feel like they're in any danger, despite the turmoil raging in their country, and even those who do want to leave prefer to go to the UK or other Western European countries rather than Israel.


Tunisia's 1,500 strong Jewish community has also not been moved by an Absorption Ministry report made available to them which states in part "The regime change in Tunisia as a result of the Jasmine revolution...has brought about the Islamization of the government and rise in anti-Semitism."
The Israeli government has also increased the financial assistance it gives to Tunisian immigrants, but so far there are few takers. "For the last 65 years we have always had some leave," Roger Bismuth, the president of the Tunisian Jewish community, said last week. "Lately, I haven't even heard of people leaving. I'm here with my business, family and children."